On top of the linkage breaks like Facebook and Google cutting some previously supported features and VeSync for instance just stopping working while still being listed as a service, you can expect many intermittent outages. Some for days at a time. So you should not count on IFTTT. For me it has been getting steadily worse. I have not gone a day without at least one failure in my IFTTT activity log for a long time now. And most of those are automation related. Add to that instances where it thinks it succeeded but did not because it has to assume the receiving service did its job. Keep everything as local as possible if you want any chance of reliability.

Here are some of the recent errors in my activity log in just over 24 hours. This gives a feel for the variety of services affected. 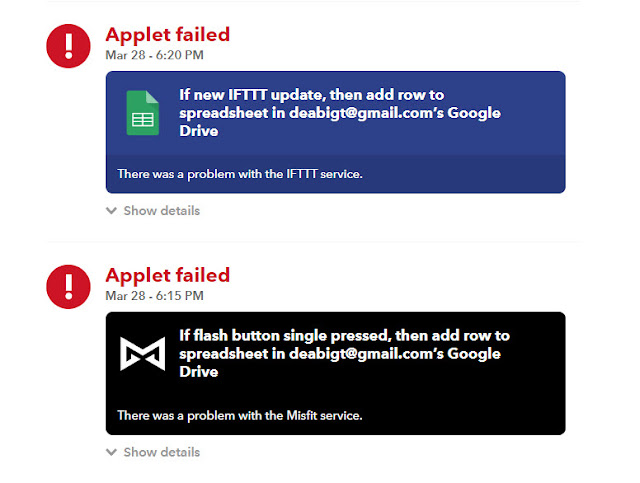 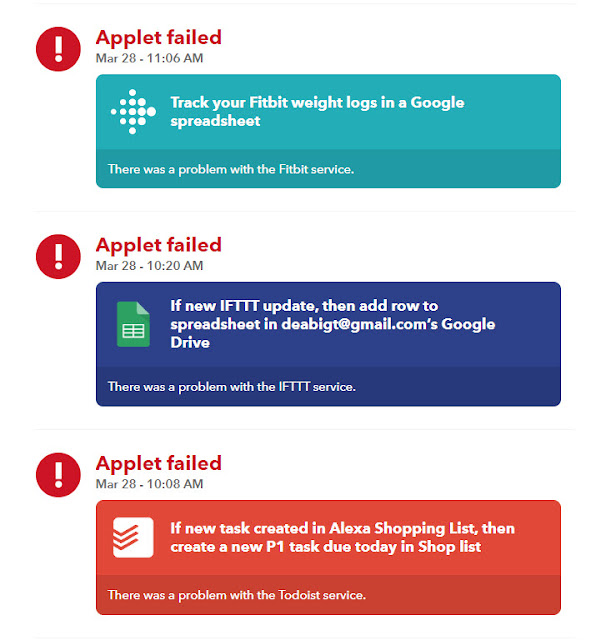 Hearing some good things about Olisto but they do not seems to support hubs like SmartThings or Homeseer yet. Might be useful though if you have things on IFTTT that they do support.

Went ahead and opted for the paid service since I had so many applets doing things that would require my writing web site scrapers to replace and some not even that is an option for. Can't say reliability has improved since it became a paid service though. For example here is my current action log. 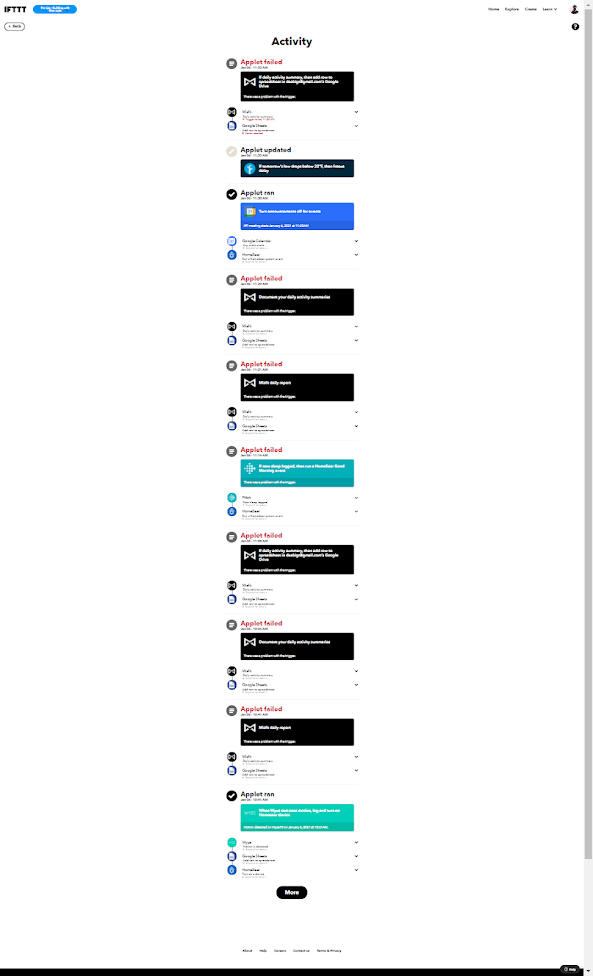 Email ThisBlogThis!Share to TwitterShare to FacebookShare to Pinterest
Labels: IFTTT