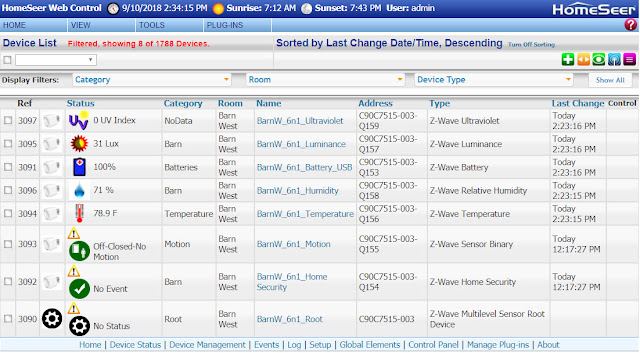 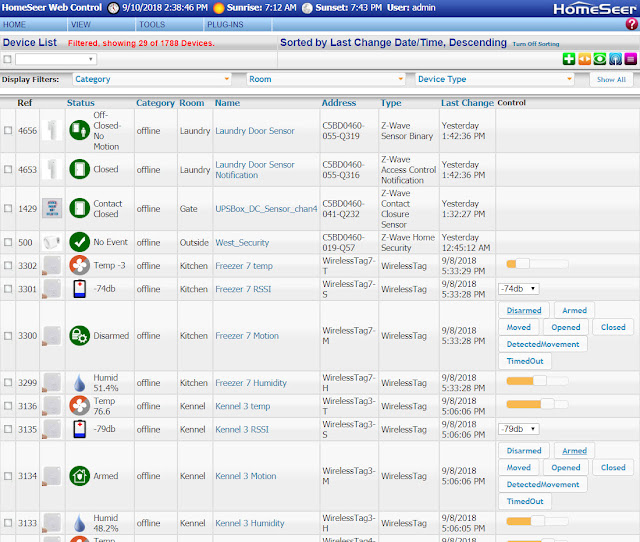 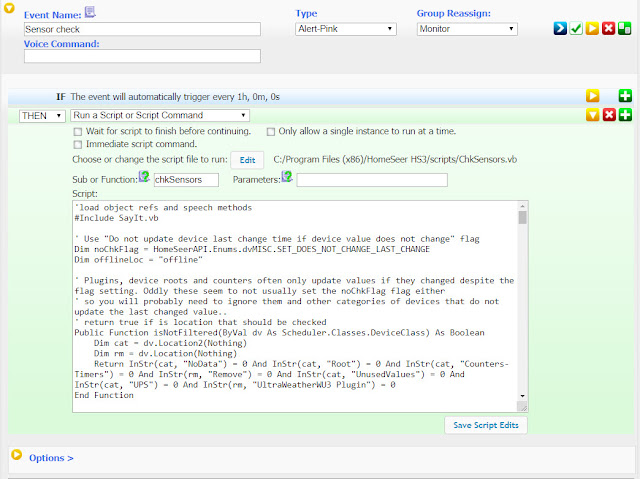 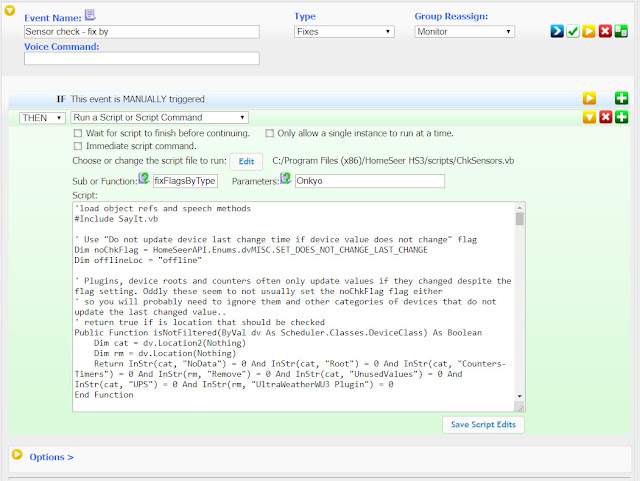 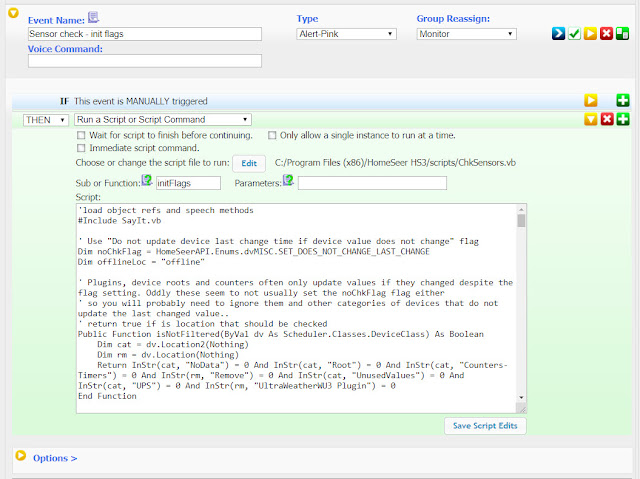 
Since this is mainly a wired panel I'll assume your house is wired. If not you will need to run wires and install switches and or sensors around the house. Or optionally get the wireless interface and sensors.

Items you will want

Honeywell VISTA-20P Ademco Control Panel, PCB in Aluminum Enclosure
Eyez-On Envisalink EVL-4EZR IP Security Interface Module For DSC and Honeywell (Ademco) Security Systems
Honeywell Security 6160 Ademco Alpha Display Keypad (You seem to still need this to program the panel despite adding the above web interface.)
For a battery I used a Mighty Max Battery 12V 9Ah Compatible Battery for APC Back-UPS NS1250 mainly because I buy them in bulk for my UPSs.
Unless you get a battery for an alarm system it will probably have standard tabs so will need these F2 to F1 Sealed Lead Acid Battery Terminal Adapters
You will also need some 18 gauge wire to go from the panel to the transformer.

Envisalink install programming guide which gets you the first 8 zones programmed.

Note if you wired doubled zones of need to change the hardwire type on those zones. See this doc for info on that. Also you need to program both zones. For example if 2 is doubled then you need to set the type on zone 2 and enable zone 10. And confirm Zone Type is correct for both.

Once done the local web interface should loo like this 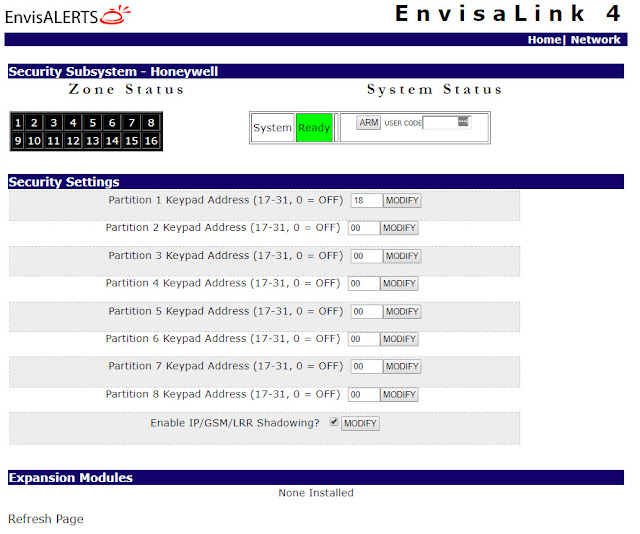 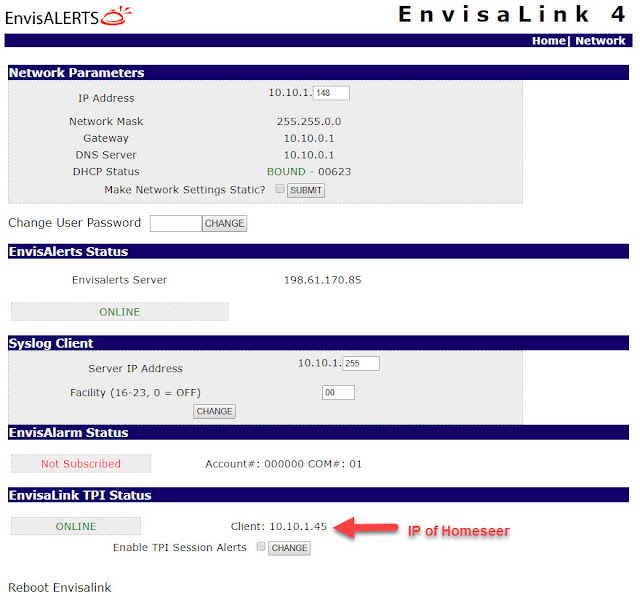 Not much there really. It is really only useful for setup. If you do have a problem you will still need to go to the EyezOn status page to get more than a "trouble" indicator. Note EnvisaLink TPI Status will offline till the Homeseer plugin is configured. 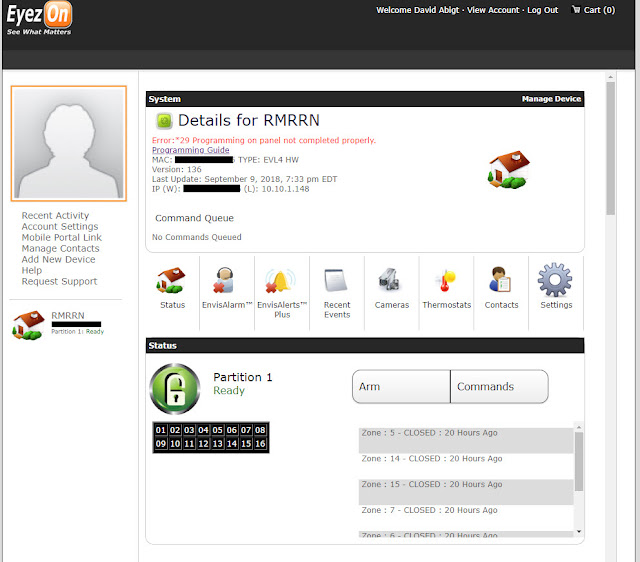 Oddly the *29 error does not seem to really matter. The docs say it means the "Enable IP/GSM/LRR Shadowing" option is not checked in the local interface but it seems not to matter and be a 21P thing as flipping options did not seem to make it go away and it does not seem to be stopping anything from working. Ignoring for now and will update if solution found later.

Again not a lot useful here accept the log activity. By default the zones are labeled by number. You can put names on them to make them clearer by going to Settings 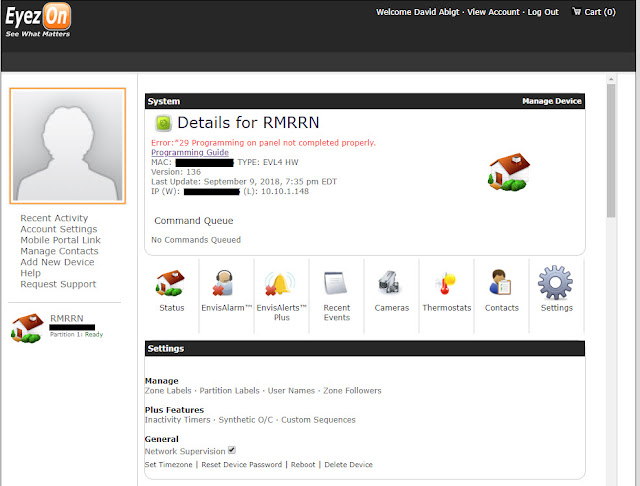 Then Zone Labels. Then add a name for each zone. When done it will look something like this. 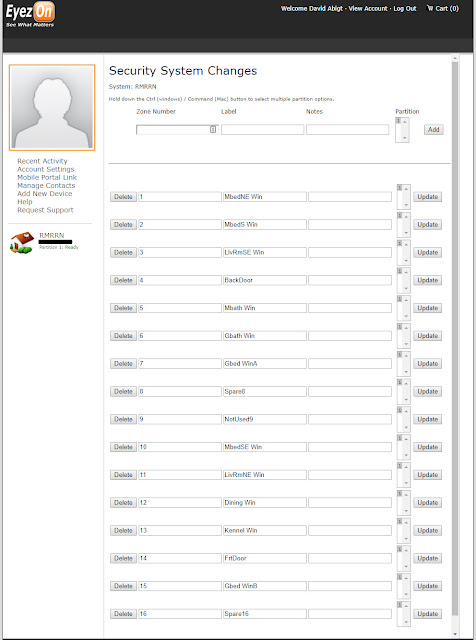 Note however it only seems to only keep closures in the log after a sensor has been closed.

To unhighlight the sensor that was tripped / clear fault on keypad (even in unarmed mode) you need to disarm a couple times. Note there may be a lag in seeing this in the web interfaces. 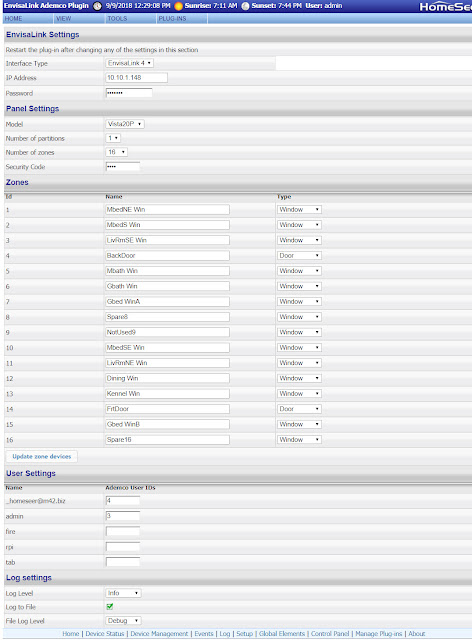 Note your may not have the

as that indicates it is not health checked in my setup. See my ChkSensors.vb script.

A cheat sheeting on arming and disarming from the panel Note the Chime disarmed option is not supported by the plugin as a control but it does recognize it when set on a keypad.

Running a camera on battery


What I wanted to achieve.

I wanted to get a cam on my mailbox which across the street. But the closest place to an outlet that could get line of sight is over 300 feet from any building and across the driveway. So we are talking major construction to run a line or POE cable out there. I already have a couple cams down by the creek running longer distances from my super AP ( a UniFi AP Outdoor+ with a Ubiquiti Airmax Omni AMO-2G10 10Dbi 2.4 GHz Rocket antenna) so I started to wonder what kind of battery would it take to power a camera.

Moved the body of this to my camera blog where it makes more sense after adding camera compare info. Leaving this here to make it easier to find.