Transferring Hue v1 hub to v2 after the app split.

Note I'm using hub here though it is better described as a bridge or gateway. Since it is most often called a hub I'm using that here.

Wish I'd got more screen grabs but the app seemed so touchy I did not want to risk trying so I just snap pics with my other phone (on 3rd try while standing on a ladder in the dimly lit barn).

So first you had to reconnect all your v1 hubs to the new v1 only app after they stripped support for them from the main app. If like me, you interface with your Hues via third parties like Homeseer, Harmony, Alexa, Google Home ect. you might have not even noticed till you, again like me, went to add something. The instructions on line and this video look straight forward but also out of date since each app only sees a version of hub. You will notice the comments on that video mention the transfer option is gone now and not solutions have been posted. (I'll add a link to this post).

So here is what worked for me.

After doing all this below for the first hub I discovered it only works if you have multiple v1 hubs! I'd already connected 2 of my v1s because I changed my mind about which I was going to do first. Fortunately I have 3 v1 hubs so no biggie. If you only have one to transfer you might want to pick up a used one for the transfer. They are going for about $30 as I write this. Alternatively you could move each device one at a time. All depends on the number of devices you have and what your time is worth to you.

Update you might not need a second v1 hub!

While transfering my 3rd Hue v1 to v2 I still got the transfer message when readding the v1 to the v1 app even though at the time it did not see the "spare v1 hub".  So you might want to try the below without a second v1 hub first if you would need to buy one. 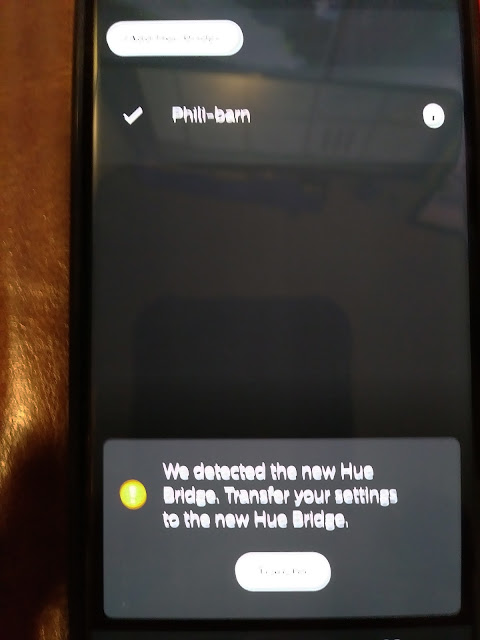 If you have third party logic (could be calls routines,events, scenes actions ect.) using the devices on you Hue v1 hub(s) make sure you  note where they are used. You might need this later on as some apps will delete the references to this objects in the logic. For example this was just one of mine. 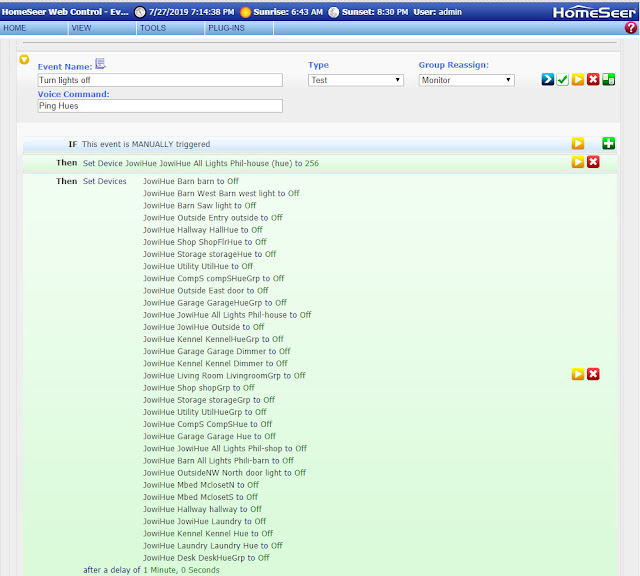 You might want to make a note of the IP addresses of your hubs too in case you need them.

Make sure you have both the Hue v1 and v2 apps on your phone.
Take your phone, a small paper clip or pin and the new v2 hub to where the v1 hub you want to transfer is as you will need to press the buttons on the hubs.
Connect your phone to the same network the hubs will be on.
If needed add at least 2 v1 hubs to the v1 only app.
Do NOT add the v2 to the v2 app yet.
Put the v2 hub on the same network
Do another search for new hubs in the v1 app.
It will say it found a v2 hub and give you an option to download the v2 app.
Ignore that and you should see a transfer option even though the v2 hub does not show.
Note you may need to reset the v2 hub. If so instructions should pop up to show you show but the leave out you need to hold the rest till the lights blink. Any lights devices linked to this hub will be disconnected. 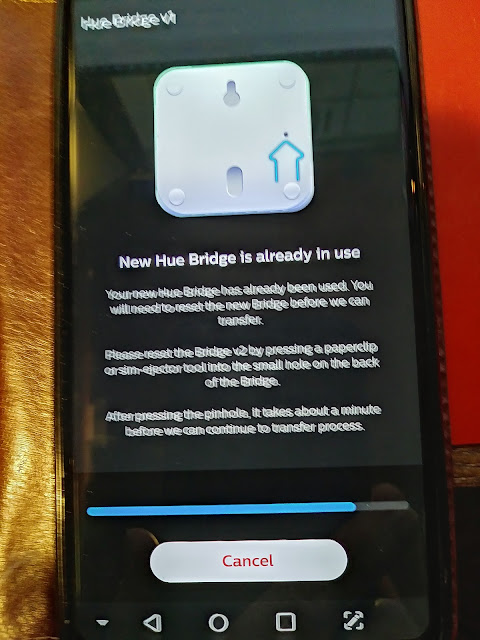 Next it wants you to reset the v1 hub.
Then you are done 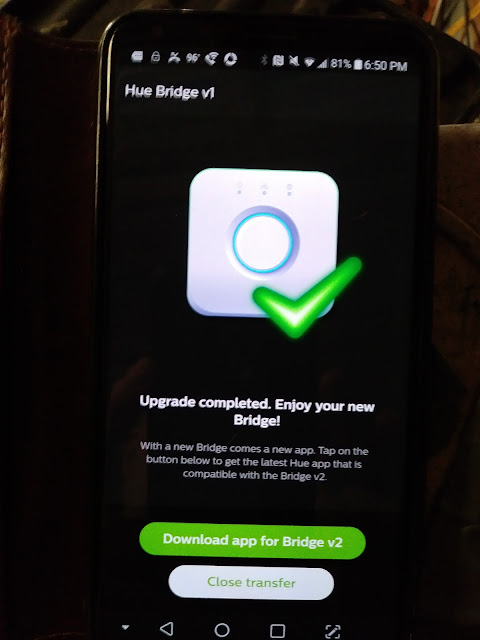 After the transfer is complete add the hub to the new Hue app.
If you had devices linked to the v2 hub you will now want to readd them. Search probably will not find them so you will probably want to use the serial number. 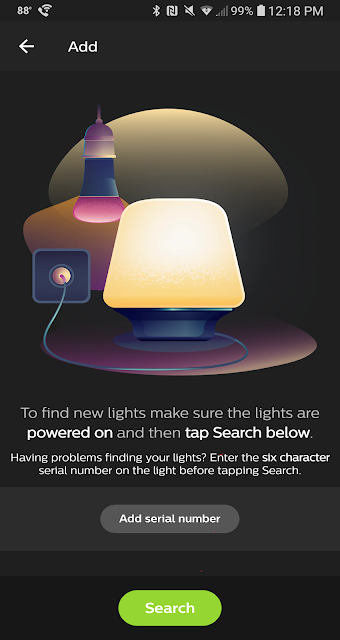 I later found this post describing how you can use a Hue dimmer to reset the bulb so you can scan for it.

You will probably need to add the new v2 hub to all the third party interfaces. Remember this means you will need to again press the button on the Hue hub and have access to the interface you are linking too.

Adding the new hub to third party interfaces will probably create all new device instances in those apps which will need to swapped into any logic using those devices. In my case this was more of an issue with Alexa than Homeseer.

For added fun Hue pushed out an update that broke Homeseer (and probably other) integration.  The developer of the Homeseer JowiHue plugin has scrambled to deal with the change being released early. Note the 2.0.4.6 beta plugin to get things working again seems to dup all your groups and the bulbs now only seem to turn on but not off so you will need to waste time cleaning up and redoing any JowiHue device events. See the support forum for details.